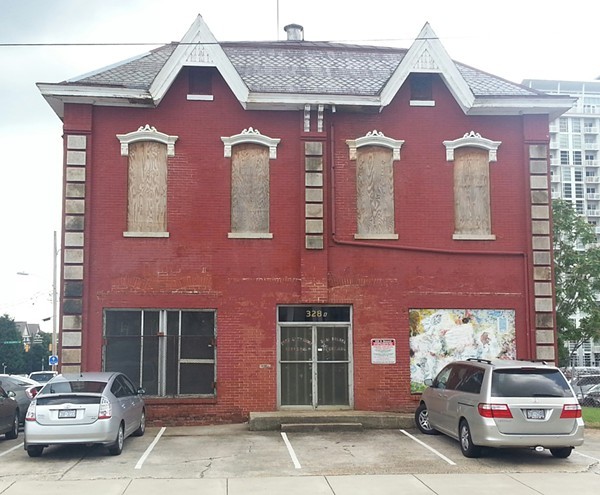 He made a name for himself in gold mining and business in places like Charleston, Stanly County, Salisbury and eventually Charlotte, where he moved in the 1850s. By his early 30s, he was a well-known and successful Charlotte entrepreneur. He had acquired ownership of one of the city’s largest hotels, The Central Hotel, and a strip of storefronts directly across from The Central on the first block of South Tryon Street.

Ten years later, when the Civil War broke out, Treloar sold all of his properties in Charlotte and moved to Philadelphia.

While it seems apparent Treloar wanted to keep his family and livelihood out of harm’s way, it is clear his heart was still deeply rooted in the South, the Queen City in particular.

Twenty or so years later, he, along with his wife and children, returned. By 1887, construction of the house located at 328 N. Brevard Street was completed. Treloar was in his 60s but still going strong and continuing to pursue his interests in mining.

In building the large, two-story, duplex-style row house, he intended to provide living space for any of the 13 children he and wife Julia shared. However, most of their offspring had married and moved. Records indicate that only four children and a son-in-law occupied the space along with the senior Treloars. 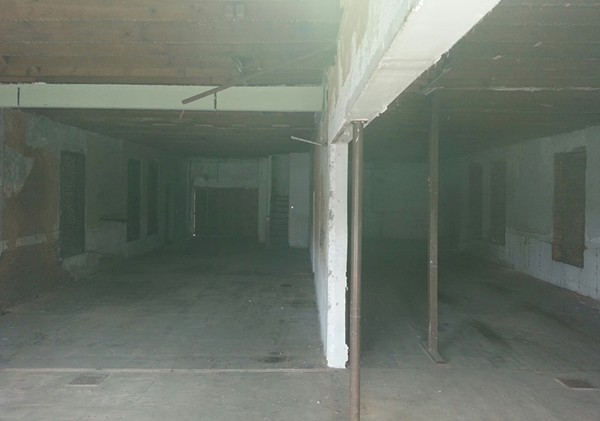 The interior looks much like it did after the last tenant vacated the structure nearly 40 years ago.

William, unfortunately, did not live long enough to truly enjoy the house. He succumbed to pneumonia in 1894, when he was 69. Julia stayed in the home, along with two daughters, a son and a son-in-law. By 1906, Julia Treloar passed away, leaving the house to her children.

It mostly remained in possession of the Treloar family until 1934, when it was sold to W.O. and Ilse Potter, who turned it into a rooming house for workers of the many area textile mills, an industry that was Charlotte’s bread and butter for decades.

Not until 1947 was it purchased by Steve and Dora Dellinger, who rented out the property to the Charlotte Auto Parts Co. In the years that followed, it remained in the Dellinger estate but was also leased to the Alexander and Golden Bail Bond Co.

The house was reportedly shuttered sometime in the late 1980s and has remained vacant.

Although it looks rather sad and derelict, it appears that the house may indeed have a happy ending in the near future. Acquired by Daniel Levine in the late 1990s, he has indicated his desire to restore the historic home to its former glory, in conjunction with an effort to change the various flat-tar paved lots in the surrounding area into a city park (now First Ward Park).